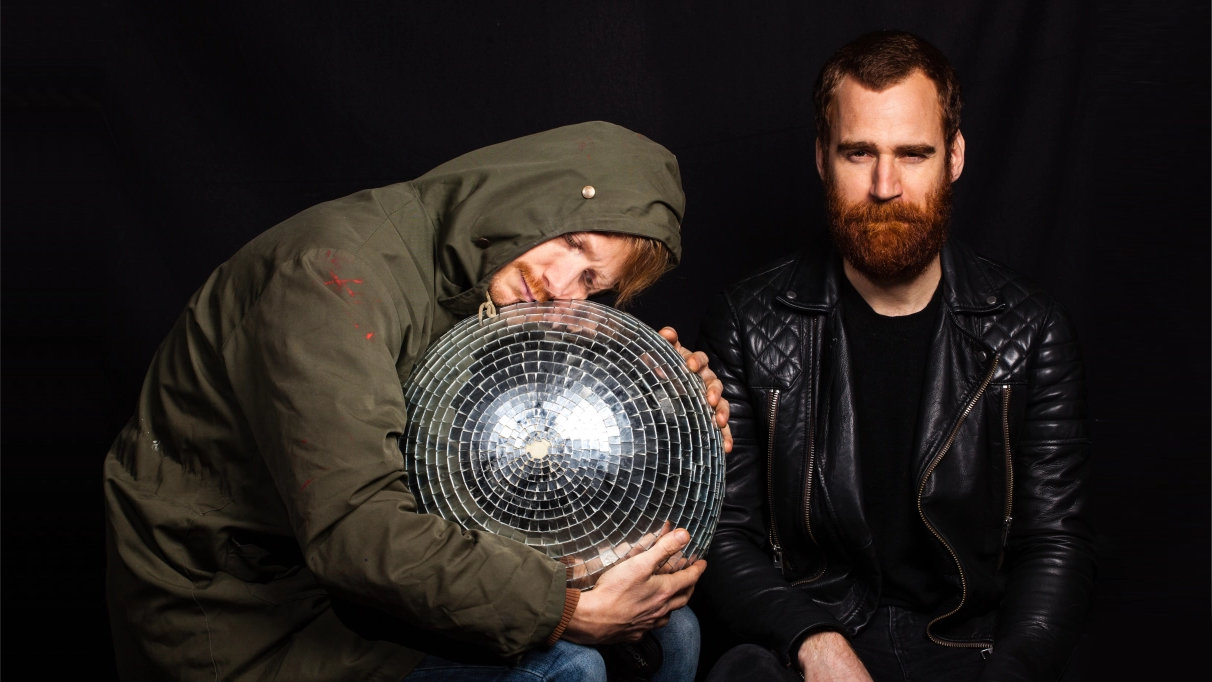 Our new featured video is actually not a real music clip at all but a teaser that was meant to give us a taste of the album PAST // MIDDLE AGE // FUTURE three years ago, on whose cover two knights are having a pillow fight. This drawn scene from the cover was also used for the album teaser, in which the two protagonists of the project, surrounded by down feathers bathed in colourful lights, scream, flail, threaten, stalk and make other -partially spasmodic- movements… And this teaser shall also serve us today to present some more great videos of these two crazy guys and to introduce you to the weird universe of LA JUNGLE.

LA JUNGLE -a recent discovery of which we are really excited about- is a Belgian hyperenergetic duo, formed in 2013 in the pretty town of Mons. Since then, they have already released several albums. Hyperenergetic is really not an exaggeration here, if you look at the live performances or the creative output of Roxie Rookie and Jim Frisko Binwette. Their sound is widely described as noise rock, carried by the spirit of krautrock. They even mention techno and especially trance (written: Transe) as a significant element of their sound. To be more precise, it is – as they also call it – “handmade techno”, i.e. with real drums and guitars and lots of effect pedals. And rightly so, because the driving, linear rhythms, hypnotic sequences that tease the nerve endings into movement and sparse vocals gradually bring the listener into that coveted state called trance. In which everything flows, the body is kept moving as if controlled by a higher power, and the world around you recedes into the background. 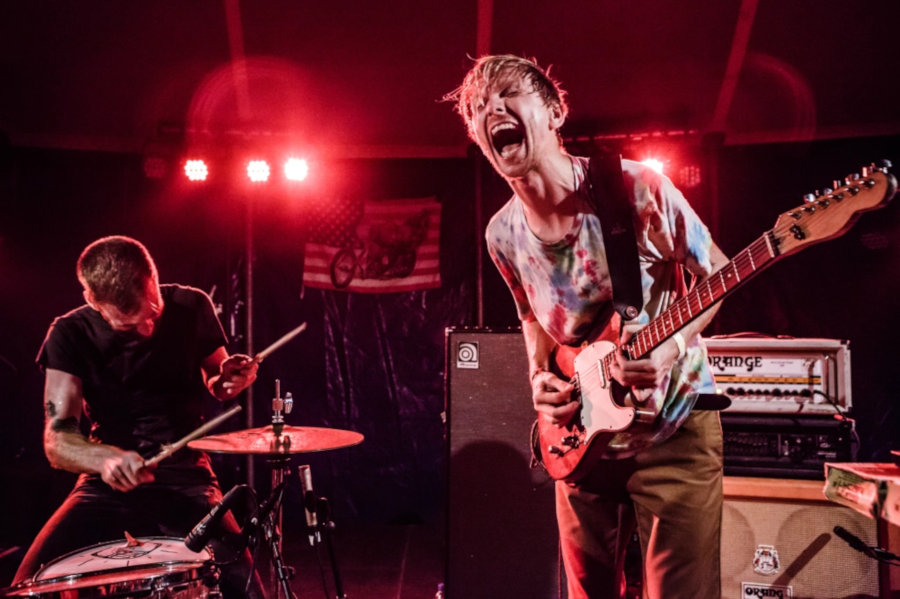 And if we have counted correctly now, the duo has remained true to this hyperenergetic trance state on 8 albums, 5 singles and EPs and 2 remix albums now. Bizarre, original, vivid and always creative is also the visual dress of the releases. And there seems to be no end to this vivid creativity of the two Belgians so far, as they also prove again and again with their music videos. So, strictly speaking, our featured video today is a showcase of several videos, of which the one released a year ago, LE JOUR DU COBRA, in which two attractive, elegant but somewhat staid ladies completely freak out to the music of LA JUNGLE (and end up transforming into Roxie and Jim), is clearly our favourite. In the world of music it’s allowed to be a little wacky… even a little very wacky. 😉