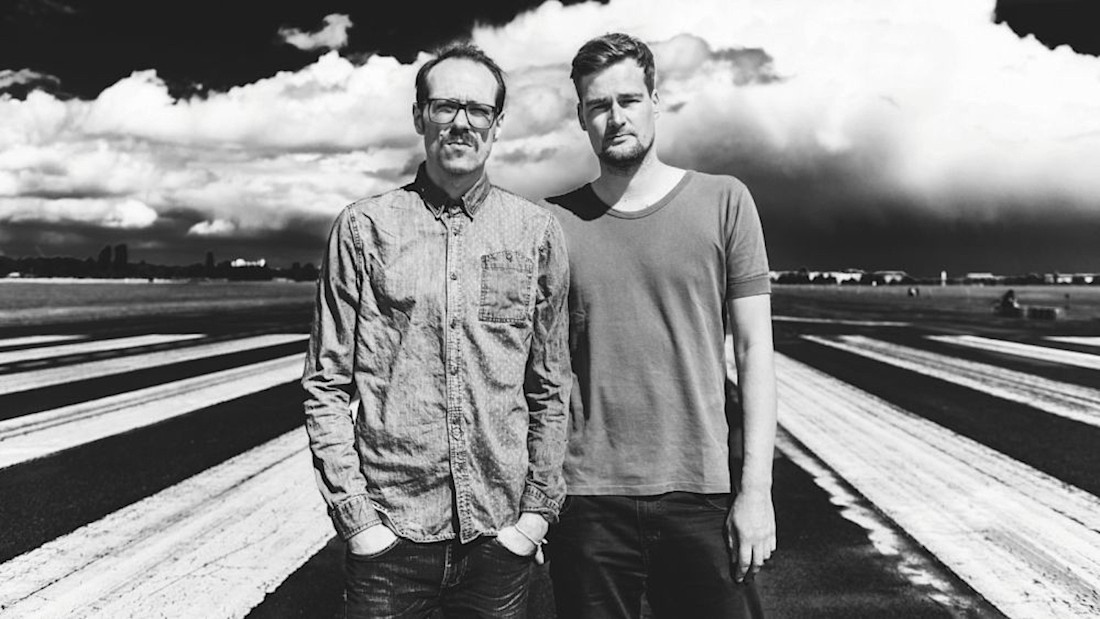 The music producer team Nico Plagemann and Christian Hilscher, who shared a flat in Wismar in the 90s, founded the Kollektiv Turmstrasse in 1999, as the said flat resided in that very street. Their music style moves between minimal techno and melodical house and has already been released on 3 long players and several EPs and singles. On Insta, they have meanwhile acquired a fan base of 67K followers. Quite a proud number for a project that can basically still be described as underground. The latest release of the Hamburg-based collective is the three-track EP “YAP” (You are perfect), which has been reviving record shops since July 2022 after their three years of radio silence.

For our Featured Video section today we have chosen the Official Video for the 2016 re-release of Kollektiv-Turmstrasse track Sorry, I am late. And for a good reason. The director of this, in a way, “work of art” is Jacob Grunert, who subsequently also successfully translated music into images with the German kings Seeed or Dendemann. “Sorry, I am late” is a flow-based minimal track that doesn’t contain any relevant suspense, but it gets into the music’s reserved brain drawer all the more quickly and likes to stay there for a longer time. Since you have the sound relatively quickly, it is naturally up to the video part of the whole thing to set the real points of attraction. And Jacob Grunert succeeds immediately. And if you usually search for the hair in the soup, you could say that neither the track itself, nor the title “Sorry, I am late”, nor the video as such would have anything correlative to each other. One could. Perhaps not entirely wrongly.

But. And now the big but. It’s a lot of fun to watch this video, which is already quite broken in terms of civilisation, from the beginning to the LOL end. At the beginning, the camera introduces the two main protagonists: two police officers who are already pretty worn out and who eat fast food during a break in their patrol car. The two talk unabashedly with their mouths full about the latest beauty findings from breakfast television and the “crap” that is currently blaring from the car radio (“That’s not music. Umpf umpf umpf umpf”). But this “Umpf umpf umpf umpf” refers precisely to the track that is actually the subject here – “Sorry, I am late”. Self-irony at its very best. And also in the further course, the two service dudes (probably in their late fifties?) by no means behave as one would usually expect for representatives of your friend and helper. On a small level, one would say they “escalate”, and have great fun doing so themselves. Until they finally come up against their racially profiled final opponent, which then provides the biggest LOL experience in this video, without wanting to give too much away here.

In the end, I would even have a second big, positive “but” in store for this work. While watching it, I quickly made contextual and artistic associations with one of my all-time video favourites – “Come To Daddy” by Aphex Twin. It’s a completely different shelf, but somehow… just have a look for yourself.