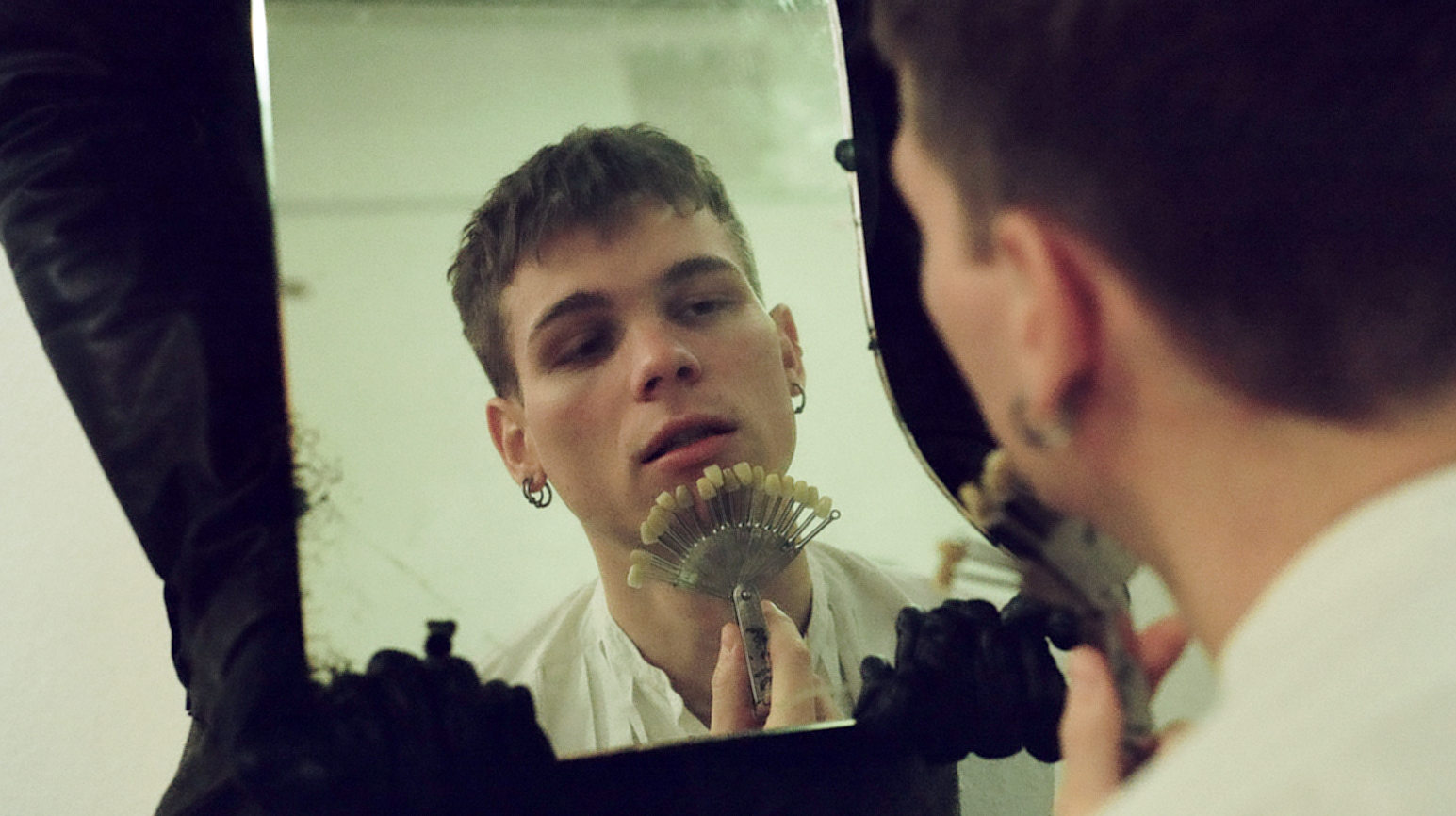 If we lived in a world where the good guys were at the top and the bad guys at the bottom, or in a world, where an artist’s success depended solely on the quality of his work, then JUNGSTÖTTER would be a world star. But what is not, can still be… In the meantime, FABIAN ALTSTÖTTER, as the artist’s real name is, would rather develop in depth, in artistic depth, in order to establish himself as an artist who – according to his own words – can also set dance and theatre plays to music, for example. For with his indie/electropop band project Sizarr, he could have embarked on the path to world fame, but that somehow felt empty and not right to him.

So the Landau-born singer/songwriter, guitarist and pianist, who now lives in Berlin, decided to dissolve the band project and start his solo project Jungstötter. We are convinced that this decision was spot on, even if it is less compatible with the masses. The first result of his solo venture is the 2019 debut album, succinctly titled LOVE IS, and in places recalls tracks from David Sylvian’s “Dead Bees On A Cake”, Tuxedomoon, Nick Cave and Scott Walker. The latter three are repeatedly used for comparison and named as influences, which can hardly be denied. The album was produced by Max Rieger, the head behind the project All Diese Gewalt and the singer and guitarist of the noiserock/post-punk band Die Nerven. Last year, Jungstötter also released the EP MASSIFS OF ME.

But today’s FEATURED VIDEO is the video for WOUND WRAPPED IN SONG from Jungstötter’s debut album. An aged but beautiful lady enters an industrial lift and -like in a casting- announces the song she intends to “perform”. Her face shows traces that life leaves on all faces that have only lived long enough: disappointment, disillusionment, loneliness, sadness, loss… but the way she dresses and makes herself up suggests that she cannot be completely done with love. The desire to be adored and loved is also expressed in the way she performs this painful song. And it is precisely at this point that an uncomfortable realisation comes to mind that everyone who’s already passed their midlife has had: true love is something we take with us to the grave. The worn surroundings, the handheld camera aesthetic and the bland fluorescent lighting reinforce the contrast between romance and harsh reality. Nevertheless, in combination with Jungstötter’s voice, the song also has something comforting – an inner strength that is able to fight against the harsh reality of lovelessness.

And since the introverted artist has already reached such a high level of artistic maturity despite his young age, there is also a real chance that this advantage will allow him to have time on his side on his way to becoming an established exceptional artist. A turn towards a little more subtlety, towards romance and artistic depth as can be found in Jungstötter’s work would certainly not harm the world of nowaday’s popular music.