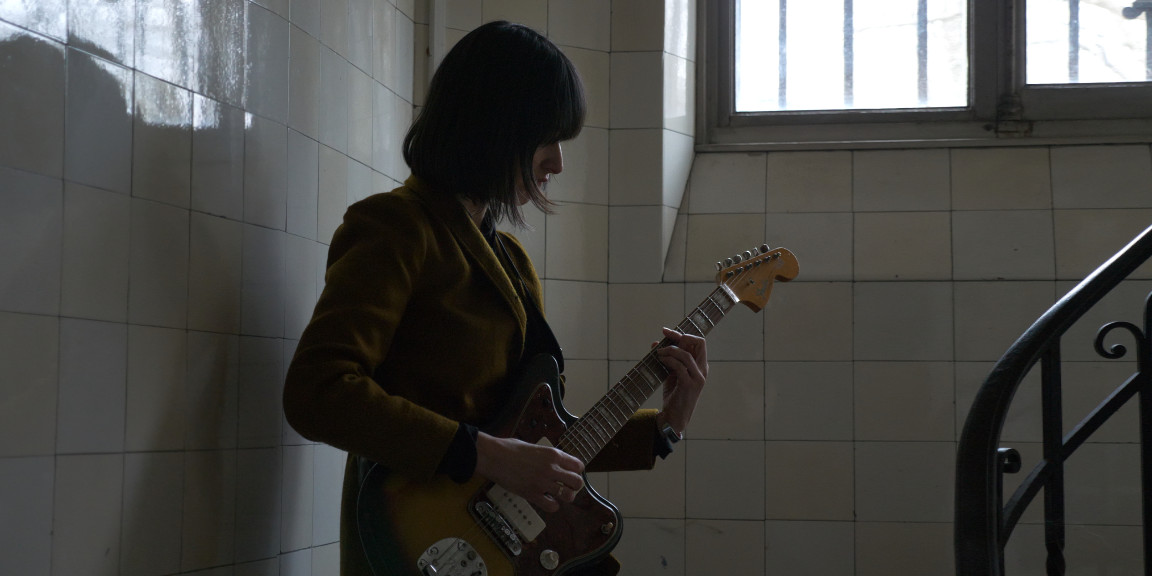 “A woman in a pale raincoat mysteriously emerges from an underground car park. She brings a song, with the word “latche” (slang for shame) in it…”

LA FÉLINE‘s new single PLACE DE VERDUN, which was released on June 22, is a mixture of alternative French pop with experimental elements, carried by a rhythm that approaches Afro beats but still remains discreetly in the background. In the foreground are the bitter-sweet-smooth vocals and the bass playing of the artist, who knows very well how to pick out individual elements from a large assortment of diverse styles and mix them into her very own signature and to provide them with skillful wordplay in her native language. 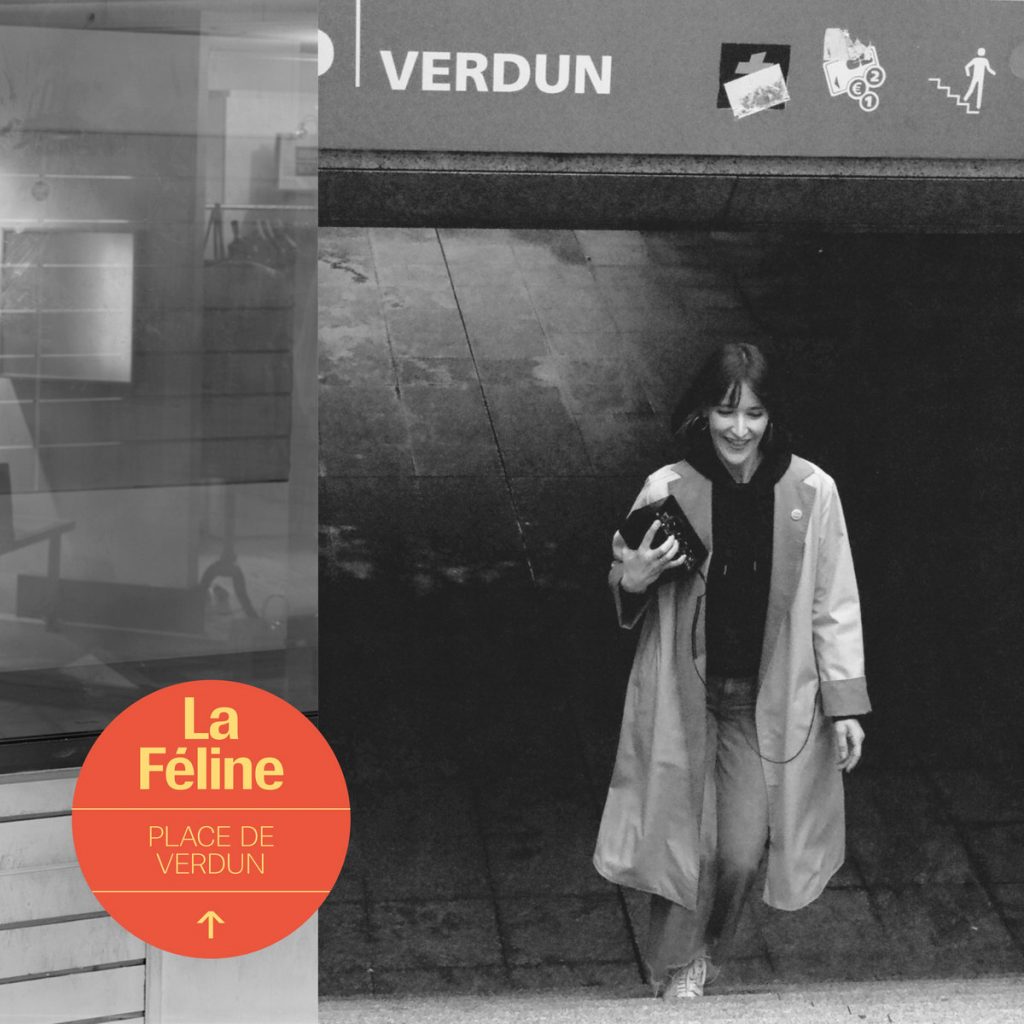 LA FÉLINE is the “French progressive pop” project around Agnès Gayraud – a songwriter, singer and guitarist from Paris. Active as a musician for 10 years now, she forms a very rich and creative body of work that stands out in the contemporary French Pop scene and is considered an insider tip among international music connoisseurs with a soft spot for French music. The name of her band is inspired by the French title of the film “Cat People” by Jacques Tourneur.

Their song VISIONS DE DIEU from their electronic album VIE FUTURE was presented on the show TO FRANCE AND BACK IN 57 MINUTES on 06/20/2022.