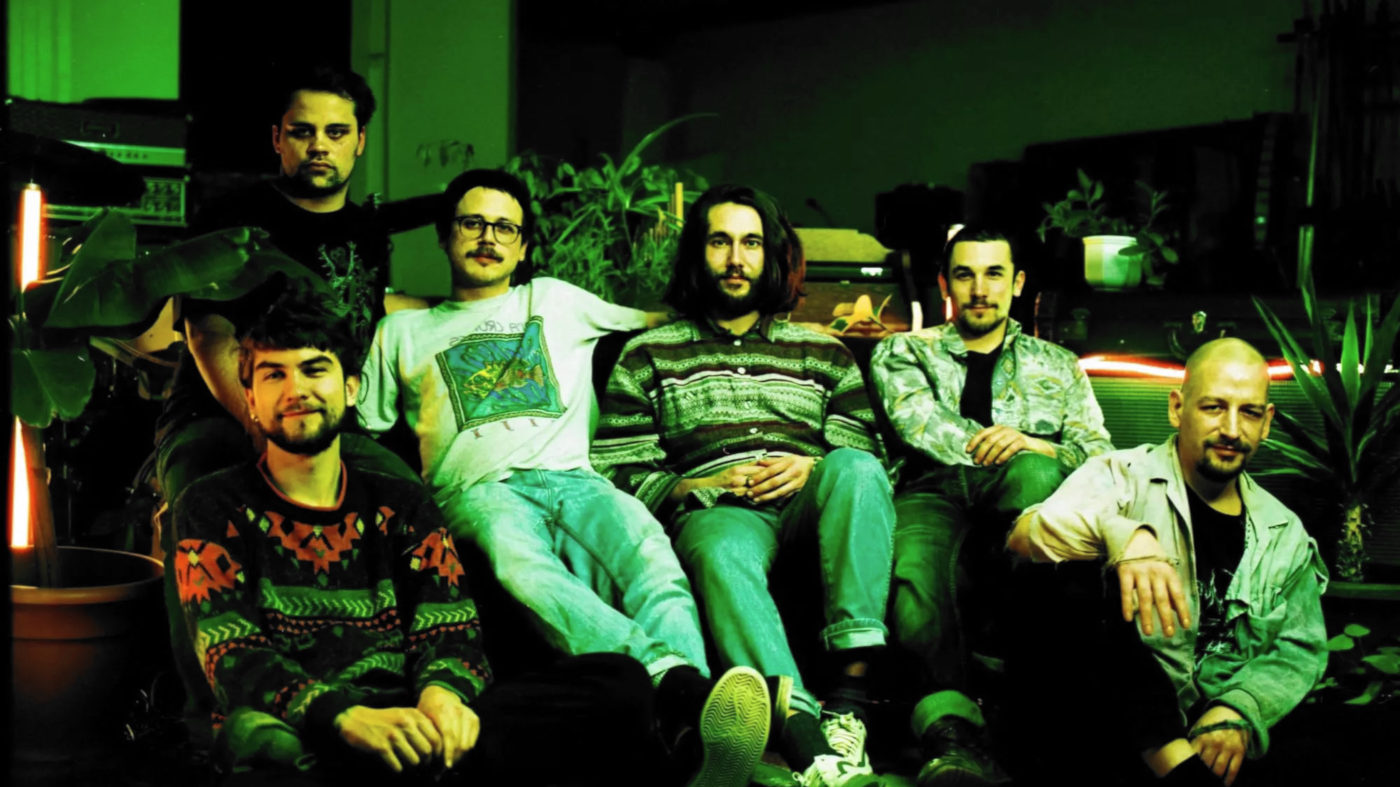 TRACK OF THE DAY:
THERE IS NO HARMONY by TAKESHI’S CASHEW

THERE IS NO HARMONY is the seventh and last track on the album HUMANS IN A POOL by TAKESHI’S CASHEW, released June 4th, 2021 via Cologne label EULLEN (Laut & Luise). Performed and recorded by Takeshi’s Cashew, mixed by Malte Appel, mastered by Christian Bethge. 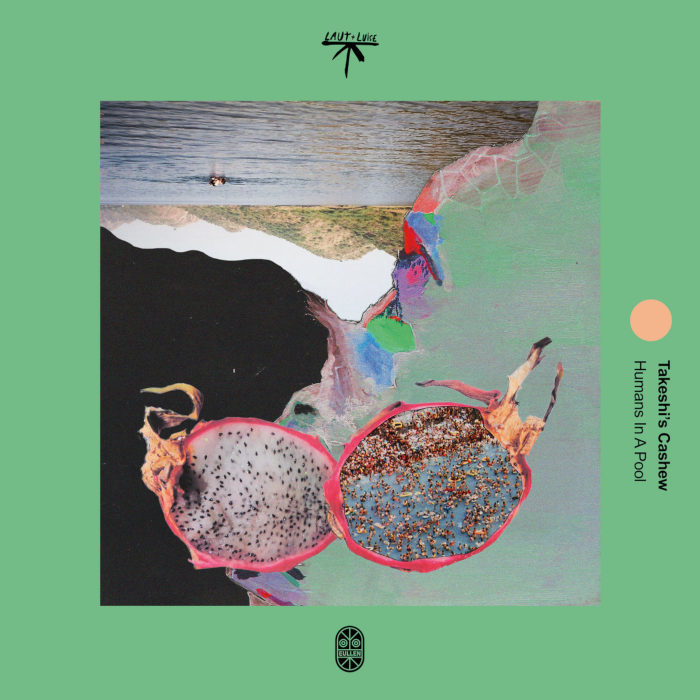 ABOUT TAKESHI’S CASHEW
TAKESHI’S CASHEW is a current six-piece pan-European instrumental band founded and based in Vienna. This colourful conglomerate of musicians from the Viennese music scene with very different cultural backgrounds formed from a series of psychedelic jam sessions. During the pandemic in summer 2020, the band recorded their debut album HUMANS IN A POOL in a small DIY studio in Vienna. The album was released in June 2021 on EULLEN, a sub-label of the Cologne-based electronic label Laut & Luise, and met with a very positive response.

The band’s unconventional, eclectic sound is an exuberant and life-affirming mix of Krautrock, Cumbia, Latin Funk, Free Jazz and Afrobeat, which is often summarised under the generic term Cosmo Funk.

THERE IS NO HARMONY
The title of our Track Of The Day THERE IS NO HARMONY refers to a quote from the famous documentary film “Burden of Dreams” by Werner Herzog and also includes his spoken passages from it. In keeping with Herzog’s ambivalent love-hate relationship with nature, and in particular with the deadly jungle in which there is a constant struggle for survival, the instrumental creates a mystical and almost reverent atmosphere. Tribal percussions celebrate the rhythm of life. Digderidoo sounds blur with synth sounds and connect the listener to the ancestral heritage. The instrumentation of the track is as opulent as the jungle itself.

Takeshi’s Cashew are currently on tour in Europe and will be in Berlin on 07 December 2022.