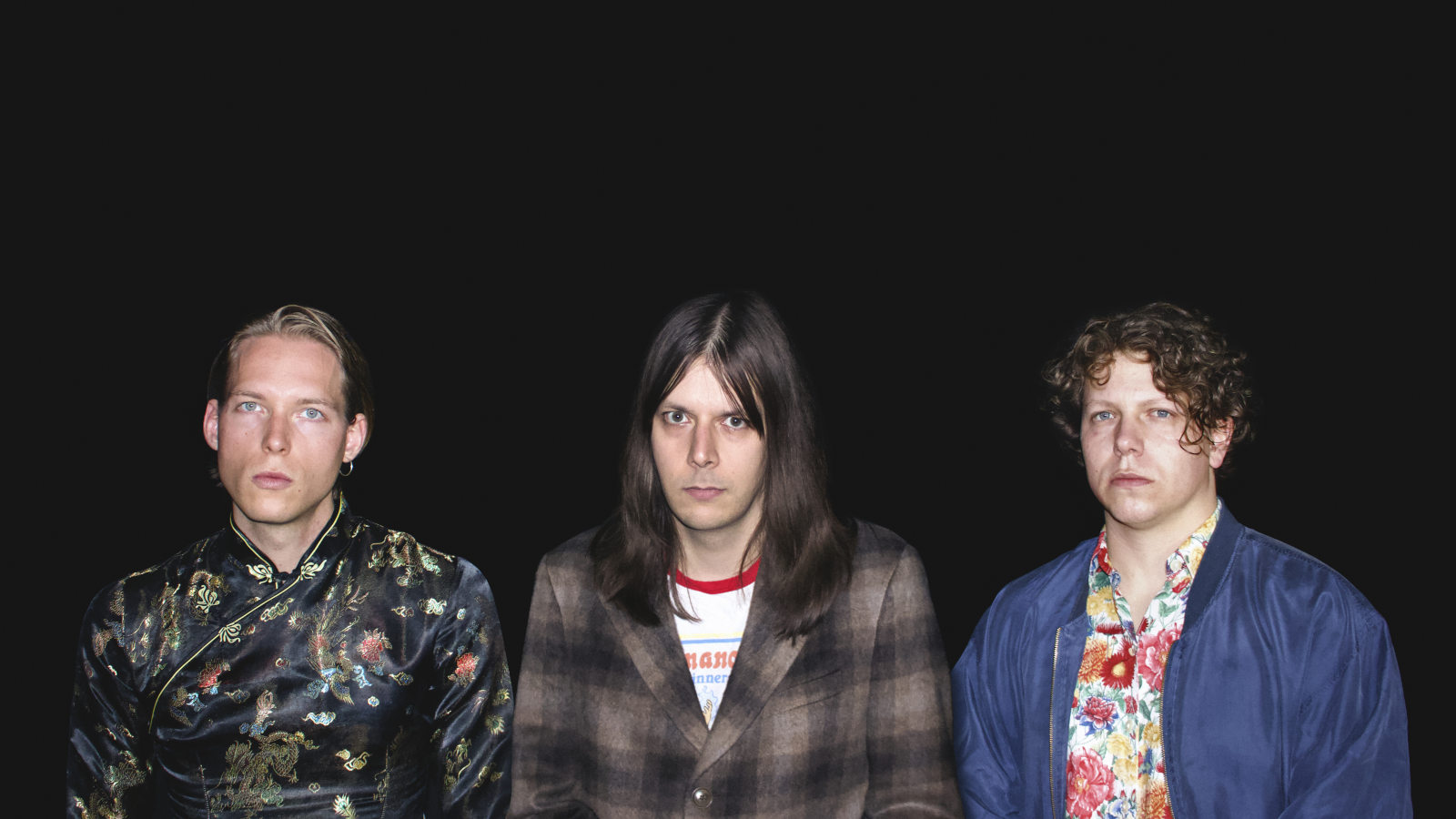 A last-minute tip for Berliners who like post-punk and don’t have any plans for today: Stuttgart post-punk/noiserock band DIE NERVEN are headlining today at Festsaal Kreuzberg together with Berlin post-punk/psych rock trio VOODOO BEACH – so this can only be good! Tickets are still available here.

ABOUT DIE NERVEN
DIE NERVEN have been around since 2010, founded in Esslingen and now spread across Stuttgart and Berlin, and today, twelve years later, they are not only considered one of the best live bands in the country: After a flood of digital releases unparalleled in creative will, FLUIDUM (Fin Du Monde/This Charming Man Records) appeared in 2012, followed in 2014 by FUN (ibid.), understood by Jan Wigger (Spiegel Online) as “one of the most important and best German-language records of this decade”.

Always credible and remaining connected to the underground, DIE NERVEN played their way through the clubs and festivals in the following years (Roskilde, Melt!, Appletree Garden, Sziget, Eurosonic), undertook an Israel tour and were the first German-language band to release on the style-defining US label Amphetamine Reptile Records. In 2015, they released their third album OUT (Glitterhouse Records) and toured extensively far beyond Germany’s borders, leading to their first live record LIVE IN EUROPA in June 2017. FAKE then, a chart success for the band at number 13, marked their breakthrough at the latest.

It is impossible to imagine the music world without DIE NERVEN in 2022, the year in which their fifth, self-titled album is released and extensively toured – they fire and shape it! And not only through the band itself: Kevin Kuhn, one of the most melodic and independent drummers of the present, also drums with Gordon Raphael and Wolf Mountains, Julian Knoth produces impressive, massive records close to the avant-garde with the Peter Muffin Trio and Yum Yum Club, and Max Rieger (a. o. All This Violence) produces a number of new albums. All diese Gewalt, among others) produces records with Casper, Drangsal, Die Selektion, Friends Of Gas, Ilgen-Nur, Jungstötter, Stella Sommer etc. at the top of the German music industry beyond predictable plastic works. 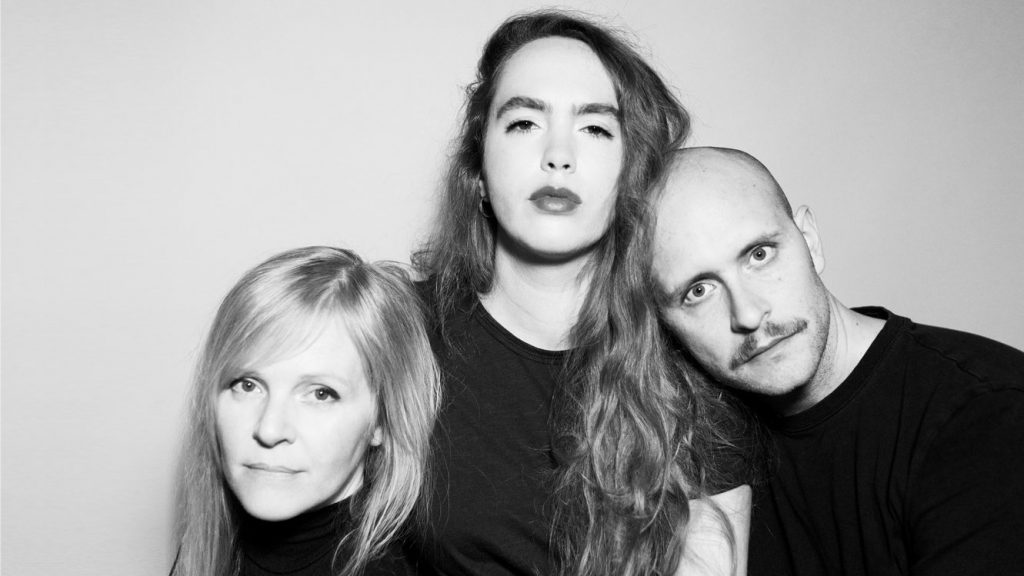 ABOUT VOODOO BEACH
The moon is veiled by rigid streaks of clouds above the nocturnal sea. The question arises: will they stay there, the delicate clouds, even if the old Kalktrabant keeps turning to drag the water along? They have settled in, in their layer of air, seem to persist, like a few stubborn birds that could not even be scared away by gun salvos from the overhead line. Either way, there on the beach, with the motionless clouds and under the leisureliness of the white disc, all is still, the sand lies at peace, massaged by the salt water more than the surf has set it in turmoil. The fire, layered with dried driftwood, smoulders away, breathing the salty air in quiet puffs, seeming on the verge of falling asleep. A living still life.

Then something happens. A storm comes up and the rough pieces of wood smoulder more and more until the flames ignite on the well-travelled surfaces. As the waves become more violent, the sand swirls up, the flames and sparks now blazingly defy the darkness, three figures come striding towards the circle of light from the street. They seem to bring with them the storm from which even the crabs flee. Two women and a man, they sit down on the ground, spread out symmetrically around the fire in which their connecting lines cross and whose flames become completely calm in the eye of the storm – as if they were listening to the laws of an extraterrestrial nature, while the now raging wind is already ravaging the adjacent beach huts, snapping off palm trees, unhooking the boats.

This storm is schooled in a deep noiserock of the 1990s, with distortion and hard hitting, but then in calm, ecstatic interludes that are more dream journey. But at the latest the pictorial lyrics bring you back to the hard ground of facts, make the music a furious, then again longing foot march. Voodoo Beach are on a journey through the night. The tightly interwoven trinity of guitar/drums/bass juts deep into the room, carrying a dark blue, almost black timbre, illuminated not only by the precise cymbal flashes and snare hits, but also by Heike Rädeker’s often polyphonic mixed vocals, which peer observantly through the window, only to lift it off its hinges the very next moment. And even though we are without question dealing with a driving sound here, there is definitely room for mantric repetitions of a longed-for calm that speaks from all this. Not tiredness, no: calmness. Voodoo Beach thus join that loose context of German-language rock bands of the last ten years, finding good company in Nerven, Gewalt, Friends Of Gas, Culk and Co! The deep, tearing bass comes from John-H. Karsten, who also writes the lyrics, the drums are played by Josephine Oleak, and standing at the electric guitar, the aforementioned Heike Rädeker sings an everyday existentialism that is quite something.

Their soot-smeared faces are marked by scratches in the light of the flames. Their clothes are torn. But they look fine. As the friends get up, the storm suddenly breaks. The three travellers knock the sand off the bottoms of their trousers and stride confidently into the sea, which now lies there like a mirror, motionless. The clouds in front of the moon have disappeared, but night remains. This is Voodoo Beach.

KAE IS CHANGING. ARE YOU JOINING?