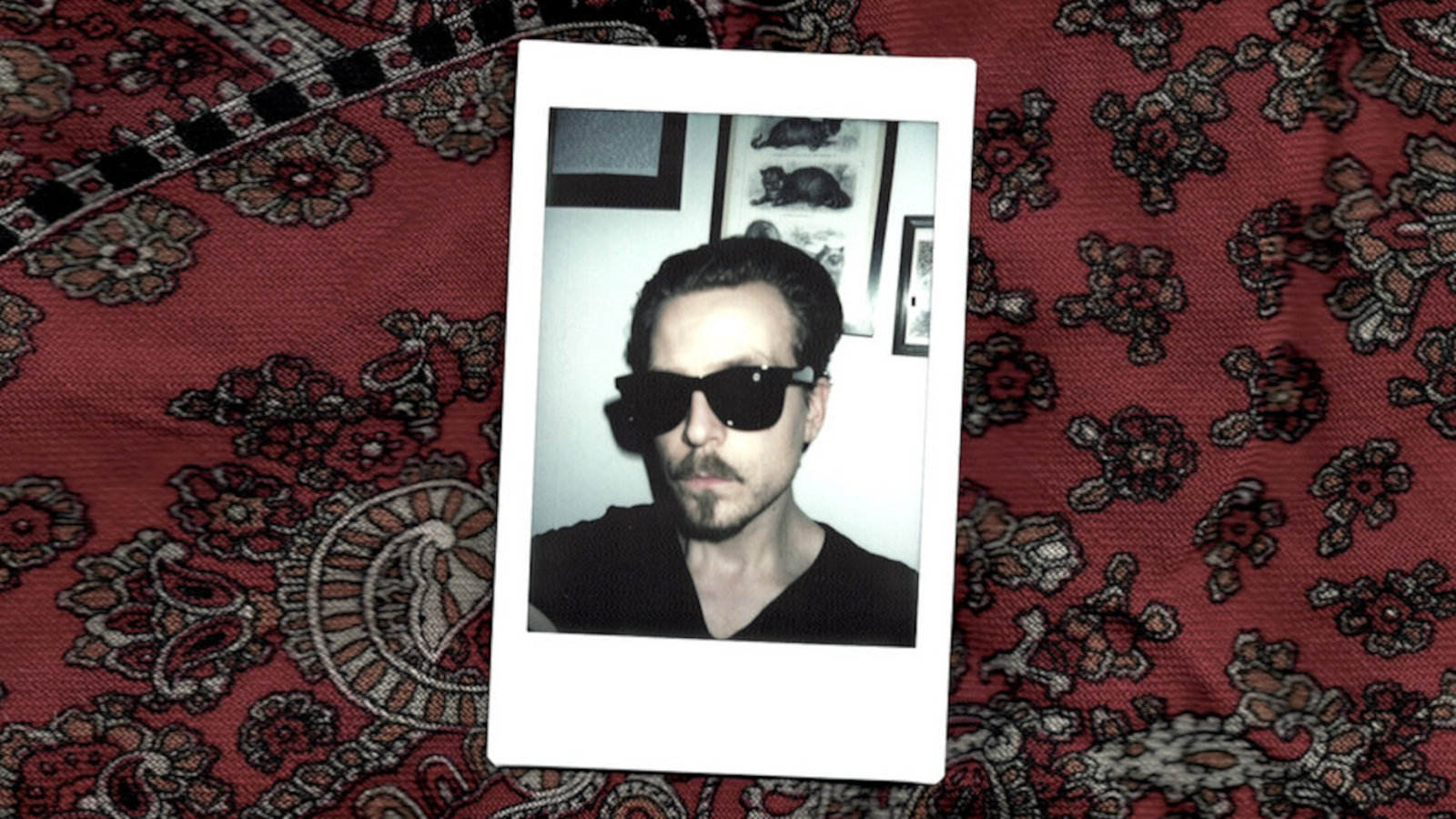 Erik E.Engström is a musician from Gothenburg in Sweden. Together with his revolving cast of contributors, credited as The Twin Street Tree Trunk Love Ensemble he creates atmospheric soundscapes located between Jazz Noir & Ambient with elements of Blues. Underlaid audio recordings from movies, sounds of rain, typewriters, and other noises add an experimental approach to the cinematic instrumentals, which are at a few places accompanied by subtle passages of spoken words. This is the soundtrack for long drives through foggy landscapes, sleeping cities and rare twilight moments.

Founded eleven years ago, Erik and his mysterious ensemble have released five albums, an EP, a single, and at last a compilation of tracks that have been released on the Italian label Signora Ward Records before.

The titles MISSING SINCE SEPTEMBER 21ST from the album Small Town Curse (2018) and HANGOVER EULOGY IN THE BACKSEAT from the compilation album The Italian Job (2021) were featured in the latest UNEARTHED episode.

KAE is pleased to bring you the accompanying UNEARTHED interview with Erik E. Engström today. 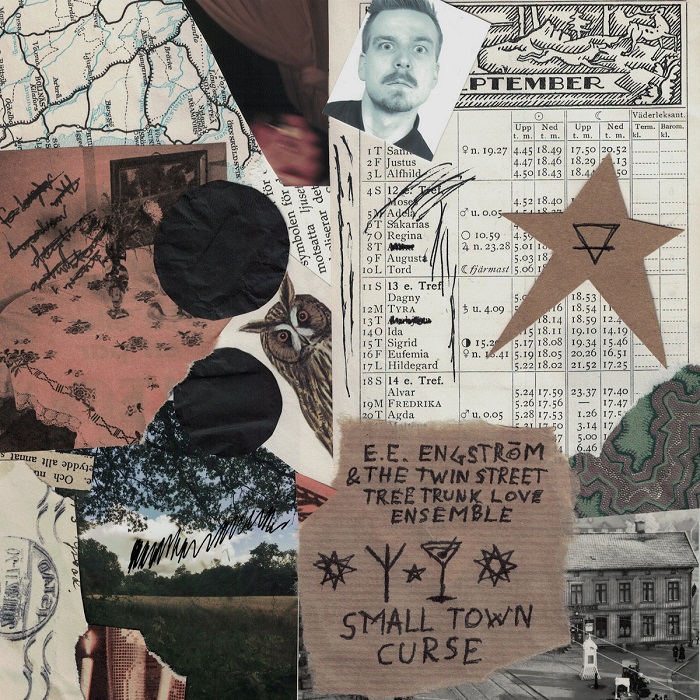 THE UNEARTHED INTERVIEW WITH E.E.ENGSTRÖM

KAE: Your music is definitely what I mean by “hidden gems”. One finds little key data about you and your project. All the more I’m glad that you’re willing to answer questions personally.
So let’s start with the traditionally first UNEARTHED question: please describe your music in five words!
EEE: Intoxicated tunes for haunted spaces.

KAE: Your releases are an universe in itself, with a very clear signature. It deals a lot with ghosts or beings, with fog, trees, forests and curses. What experiences and influences have shaped the world you express?
EEE: Growing up on the rainy side of Sweden, wandering the woods with friends, telling stories trying to frighten each other, often succeeding and evoking that feeling of not being alone – of being watched. That feeling never really going away, but becoming more of a turning-of-the-tide-type of thing. Sometime around 2011 having been overcome by this sensation when riding the bus home from some red-walled dive bar the idea for the project began to take shape. The idea being that band members would not be limited to physical persons, alive and breathing. On a less ”far out” level it would be wrong of me not to mention the influence from the films by David Lynch and the music he and Angelo Badalamenti made. That’s probably obvious to most people, but I do want to state that the Twin Street of the name has nothing to do with that. The name of the street I was living on when the Ensemble was formed is Tvillinggatan (literally Twin Street). Further important influences, to name a few: Office Romance by Low Light Situations, The Picture of Dorian Gray by Oscar Wilde, Bübins Unge by Mare Kandre, Get Up With It by Miles Davis, the music of Coil and Current 93, the nightlife on Andra långgatan in Gothenburg circa 2008-2012, Lost Weekend, The Maltese Falcon, A Movable Feast by Ernest Hemingway, and cats in general.

KAE: What is the advantage and disadvantage or curse and blessing of making music for you personally?
EEE: Having both a job to put food on the table and also spending quite a lot of time on literary projects I guess I would say the only disadvantage is not having enough time to do all the things I want to do, musically. The advantage would be that it’s an enjoyable change from other activities and aspirations. 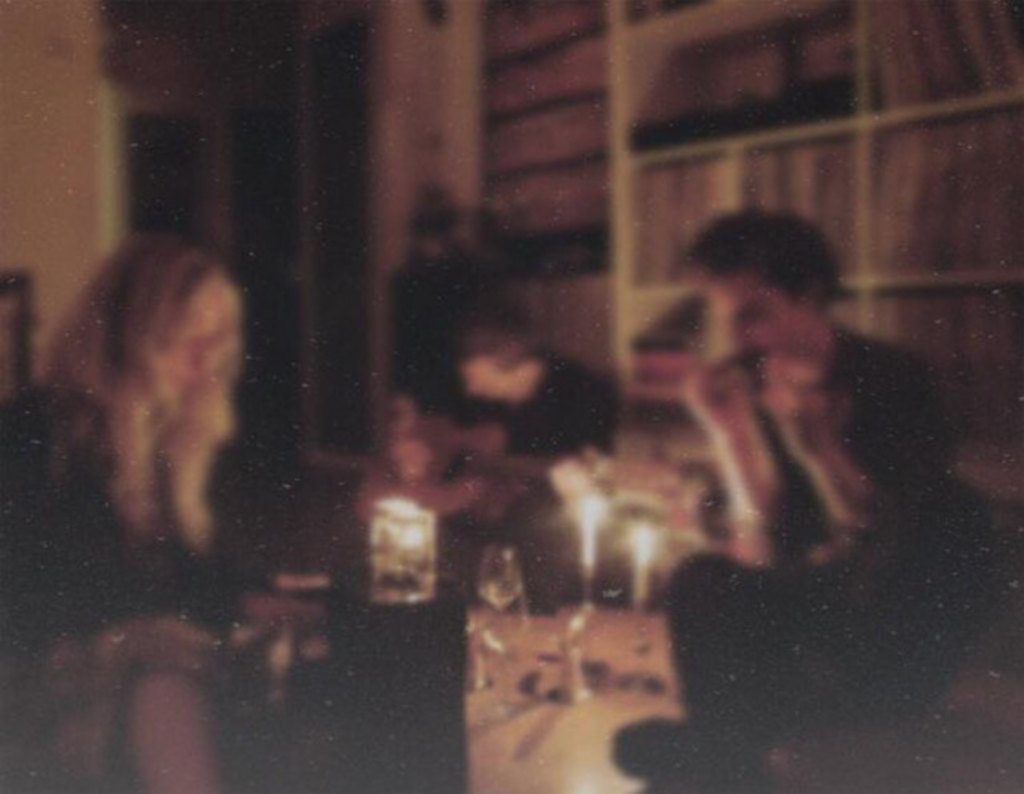 KAE: Your releases are accompanied by short lyrics or texts that seem like excerpts from a novel, giving even more shape to the said universe. Will E.E. Engström & The Twin Street Tree Trunk Love Ensemble always remain a purely instrumental project, or can you imagine incorporating your lyrics into the music at some point?
EEE: Lyrics have been incorporated as (mainly) spoken passages in a few tracks. I don’t know yet if this also will be the case on future releases. As hinted in the previous question I am also a writer (having released a novel [Amarja, 2019] and having had a few short stories featured in different anthologies). I think because of this I have chosen to keep the music primarily instrumental, to challenge myself in expressing myself in a different way, through instruments.

KAE: You have already released -in quite short intervals- five albums, an EPs and one single. You offer these without commercial interest on Bandcamp. As an underground artist, you can’t expect anything from Spotify either. How do you manage to keep your music alive anyway?
EEE: It was never about the money.

KAE: Is it possible to experience E.E. Engström & The Twin Street Tree Trunk Love Ensemble live or is it a studio-only project?
EEE: Having performed before an audience of a select few (an excerpt from such an occasion can be heard on the track Kortedala), I and we have concluded that though it was interesting, it is not the way forward for us.

KAE: Your Bandcamp profile indicates that you live in Gothenburg, Sweden. What places would you recommend to travelers or newcomers in Gothenburg, or Sweden in general?
EEE: The record store Skivhallen Majorna, the restaurant Blackbird, the woods along the river Lärjeån, the bar Johannebar, the second-hand bookshop Faust, Erikshjälpen Kortedala, Gothenburg Art Museum, Museum of Gothenburg, the lake Delsjön and its surrounding woods.

KAE: Which five artists or bands -contemporary and active- would you like to recommend to our listeners and readers?
EEE: Thet Liturgiske Owäsendet, Alex Zhang Hungtai, pg.lost, William Basinski and the most important band of all time: Current 93.

KAE: Please share with us what to expect in the near future from E.E. Engström & The Twin Street Tree Trunk Love Ensemble?
EEE: We will probably start recording the new album, titled Does Not Exist, at some point this fall. 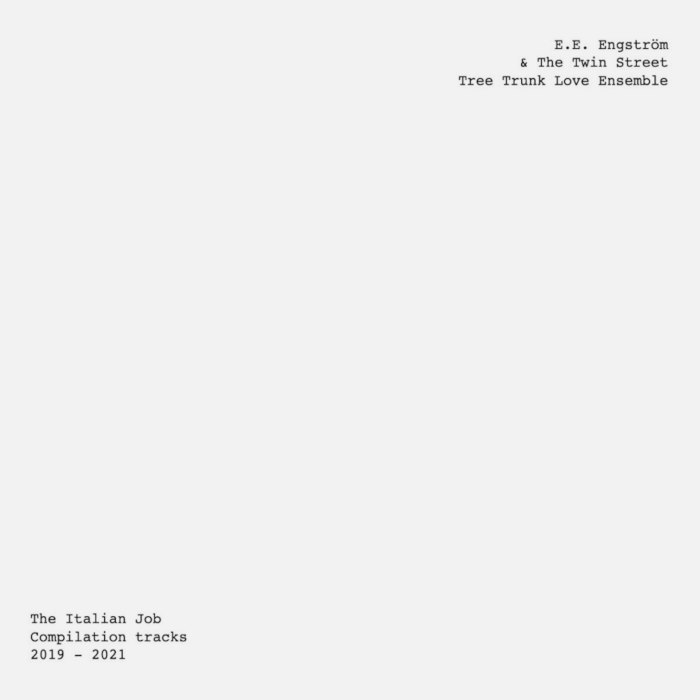