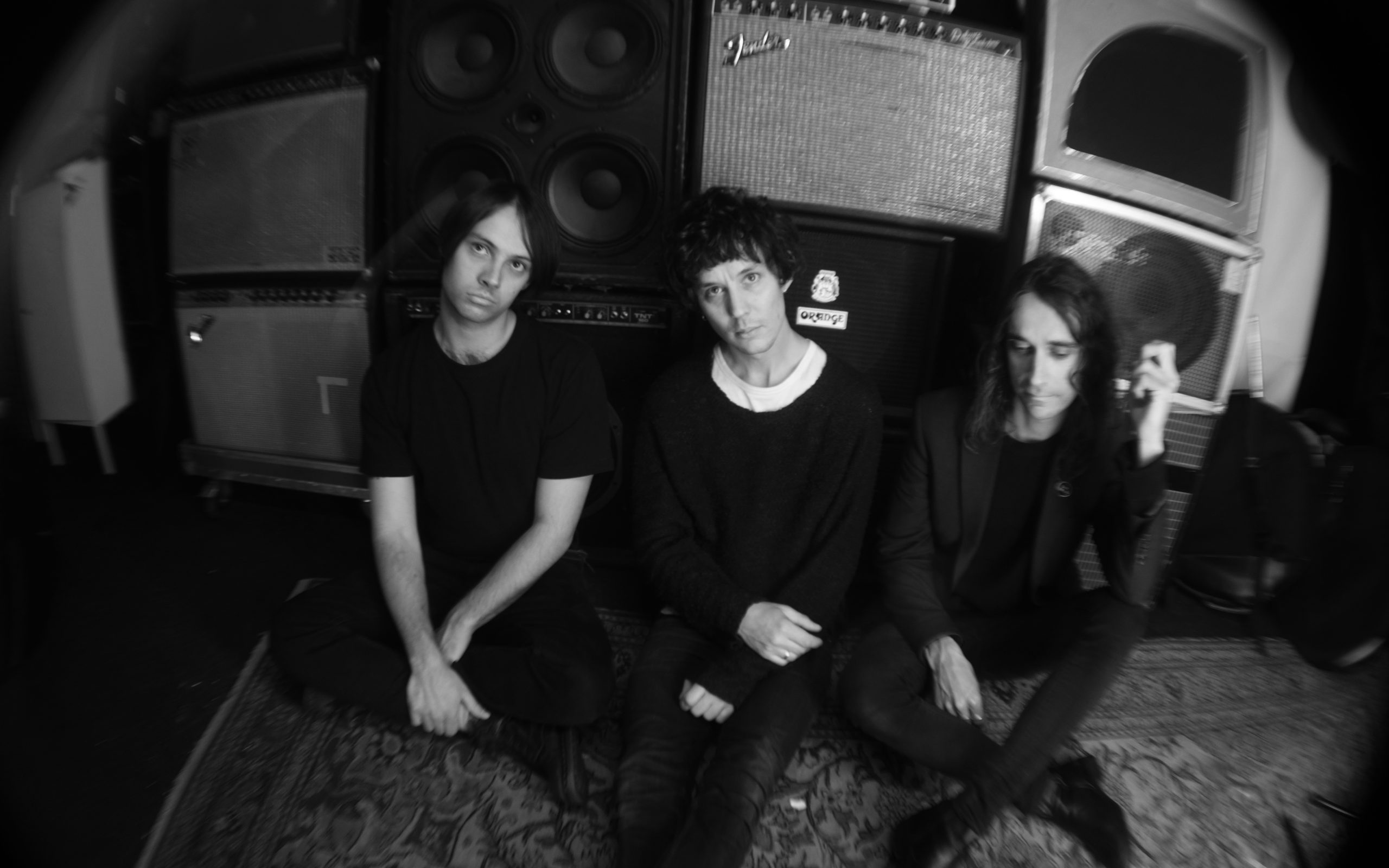 Out of a Berlin’s basement a new noise formation blazes its trails into existence. With their debut EP “Servant”, released in September 2021, the promising noise-pop / punk rock band ERRORR has cast a delicious appetizer into the underground of rock music. 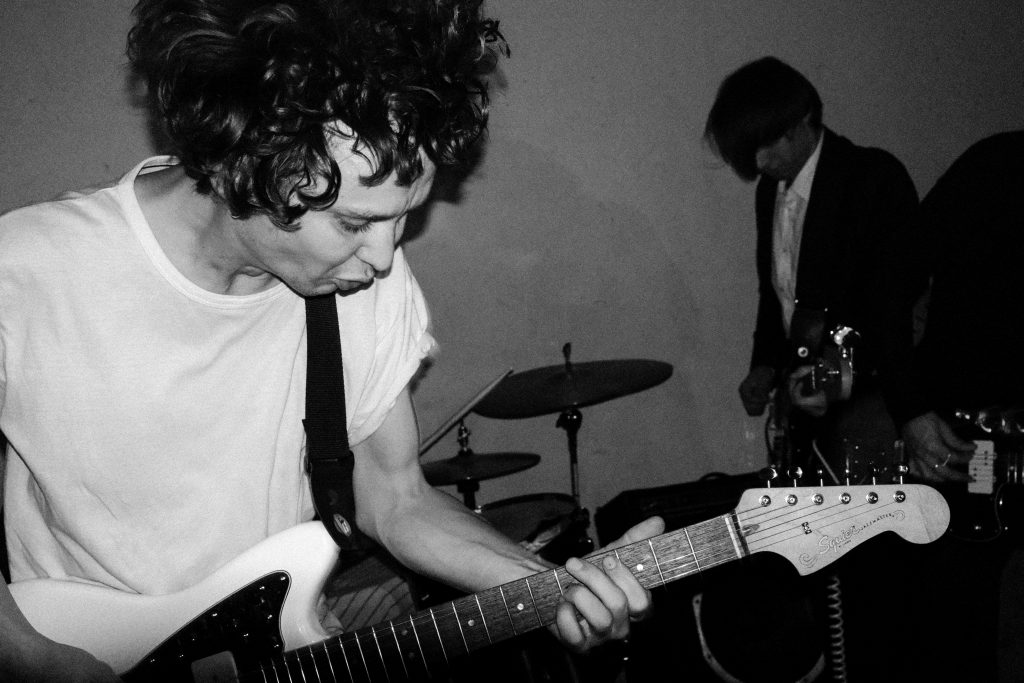 THE UNEARTHED INTERVIEW WITH ERRORR

KAE: Errorr is a new band project with a debut EP released last year and little info out there in the net about the project itself. According to the info on Bandcamp, the EP was recorded solely by Leonard Kaage in his basement. Have any other members or contributors joined Errorr since then?

LK: It was started by me in 2019/2020 but It was never intended to be a solo project. I had an idea of what kind of band I wanted to create but for me to really figure it out, I needed to hear it. So, I started to re-record a bunch of old and new demos. Everything was done by me alone on our debut EP “Servant”.

It wasn’t until after the first songs were released that Nick (Mangione) and André (Leo) joined. Uri Rennert has been playing drums with us on most shows but he is about to travel the world with The Brian Jonestown Massacre, which leaves the three of us as the core members. The more we play together, the more we influence each other and the more the project that I started is becoming a band. For me music is a lot about sharing expressions with each other. It’s hard to do that alone.

KAE: Leonard, you were born in Sweden and are currently residing in Berlin. What has brought you to this city and how do you like it living and working here?

LK: I was living in Stockholm before I moved to Berlin and at the time I didn’t like it at all. Moving back to my hometown, Gothenburg, was not an option. All I knew was that I wanted to go to a bigger city with more creative opportunities. So, when a friend offered me a cheap room in her flat in Berlin, I just took it. I thought I would try it out and now I’ve been here for ten years. There was no master plan behind it.

Berlin is a great city for many reasons. It’s big enough but not as extremely gentrified and expensive as many other major cities in the western world (yet). You’re pretty free to live, be and do what you want without anyone looking differently at you. The location on the map is great, it’s easy to tour and travel to and from, bands and friends from other cities and countries often come here to visit or play.

KAE: You’re involved in several music projects, such as the well-known post-punk/shoegaze band The Underground Youth. What has led you to start an own endeavour with Errorr?

LK: I felt that I needed a project that was my own creative outlet and where I was the frontman. I wanted to write more songs and songs can be a very personal expression, so it’s only natural that I wanted to be the one singing them. I do enjoy that I can do many different things at the moment. I produce other bands in my studio, playing with the UY, I’m one part of the record label Anomic Records and much more.

LK: I sing a lot about power abuse. It’s directed to people with political and/or economical power who put themselves above others. They have chosen to be in the position they are in and they can make important changes for all of us, but they choose to use their power for their own greedy interests. I’m more interested in the psychological part of this, seeing the many sociopaths and narcissists in politics, more than trying to make a political statement.

KAE: Being a musician in the digital age is different from the “oldschool times”. Stepping out into the world online, engaging closely with a fanbase on social media, getting direct feedback of any kind, having full control and full responsibility for any of the processes – how do these factors impact the creating of music and the establishing of a band? Do you think the internet makes it all easier or harder?

LK: Where do I start? It’s absolutely great that nowadays, anyone has the freedom to create according to their own rules without having corporate companies monopolizing the industry and dictating the art. It’s great that you can, for example, record an album with your own laptop with a very small budget. It used to be a very expensive process that a record label would put a rather large amount of money in. If you were the lucky one to get this money you could focus more on being the artist than all the other stuff. Today it’s pretty normal that you have to pay and do everything yourself. You have to be your own producer, engineer, PR agent, photographer, graphic designer, make music videos etc. It takes a lot of devotion and work from the artist and you can’t really expect much in return.

I can talk about this topic forever and there is a lot more to be said but I will leave it at that. Overall my conclusion is that it is what it is and it’s pointless to whine about it. With what we have today you’re free to create and release anything that feels true to yourself. That’s the most important thing.

KAE: When it comes to the work of other artists, musicians, filmmakers, writers, etc. – what is the most significant influence on your own work as musician?

LK: On our upcoming record I was very influenced by all the crap music I heard on commercial radio stations. I thought “I’m gonna do that… but good. And with meaning”.

LK: To wake up in the same room everyday without being able to make any certain plans for a foreseeable future made me feel prisoned. In a way it functioned like an unwanted trip to rehab. I started to jog and exercise out of pure restlessness. I didn’t drink much alcohol because it bored me. Time has slowed down at the same time as it feels like it’s running by, faster than ever. I’m glad to have had this time to focus on things more in detail then I usually do but I’m also more ready than ever to go and play some shows.

LK: I am very excited about the near future for Errorr! First of all, our debut album is ready and will be released this year via Anomic Records. You will soon be able to hear the first single from it. We have big plans for this record and I wish I could tell you more now.

Our debut EP “Servant” will be out on vinyl via the american label Little Cloud Records with some bonus tracks.

I’m already planning the next album in my head. 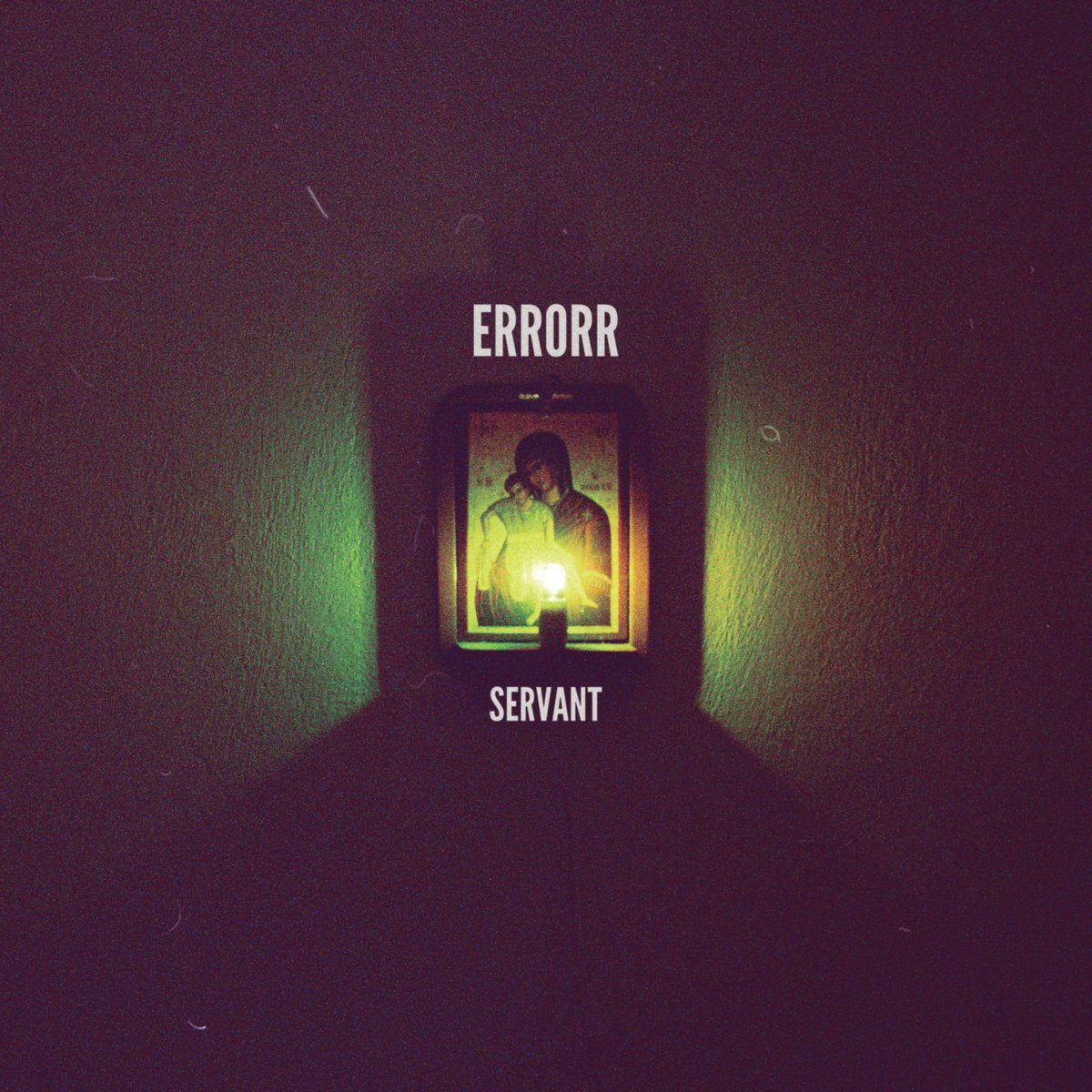