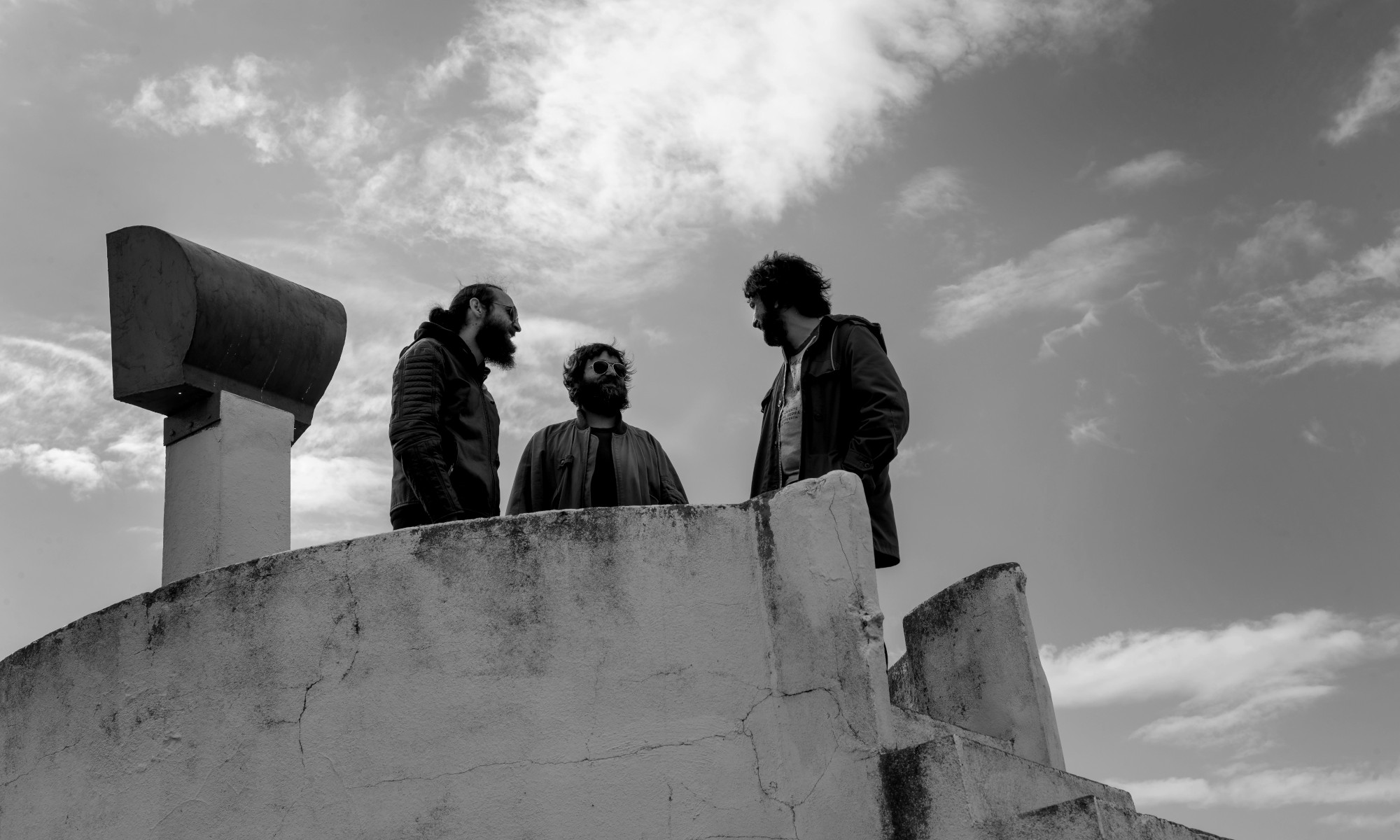 Nine years ago, an auspicious psych-rock duo from Portugal came up with a self-released cassette. Only two years later, the (meanwhile) trio from the port city of Porto released their self-titled debut album on the renowned London label Fuzz Club Records, which is known for a distinguished repertoire in the field of psychedelia, shoegaze, post-punk and other related descendants of rock’n’roll…

In 2016 the first album was followed by a split single with The Oscillation and a cassette of live recordings from the Fuzz Club Fest’15. And a live to tape release “Fuzz Club Sessions #2” in 2017 was followed by the second full-length album named “Distress Distress”. One year later the three Portuguese had a collaboration with Radar Men From The Moon, before they finally cement their status as innovators in psych rock with “Kompromat” (2019) and “Superinertia” (2021).

10 000 Russos (pronounced: dez mil russos) initially consists of Pedro Pestana on guitar and João Pimenta on drums, who also contributes the vocals. Bassist André Couto joins in 2014, adding drive to the band’s unique sound. In 2020 André Couto is replaced by Nils Meisel, who adds width and space with his synthesizer sounds. “Twisted Dance Music” is what 10 000 Russos call their earthy, yet urban/industrial blend of psych rock, krautrock and machine-like rhythm.

In the seventh UNEARTHED episode from 28.02.2022, KAE presented you the tracks “It Grows Under” and “Runnin’ Escapin” from their album “Kompromat”. Today, KAE is excited to present you an exclusive UNEARTHED interview with 10 000 Russos. 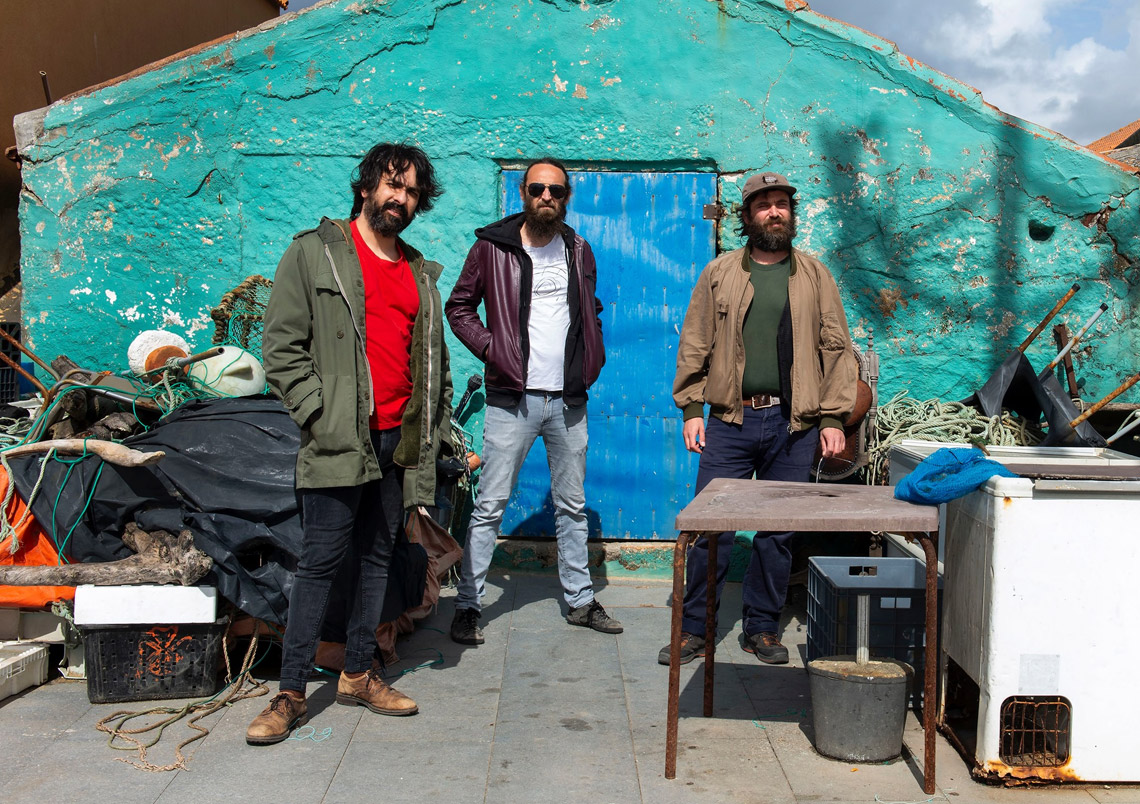 THE UNEARTHED INTERVIEW WITH 10 000 RUSSOS

KAE: We start with the traditionally first KAE question: please describe your music in five words!
10 000 RUSSOS: Have a nice trip, mate!

KAE: After discovering “Kompromat” and being totally blown away by its innovative and massive sound, as well as by the aesthetics of the album cover and the whole “soul” of the album, I recently listened to your latest album “Superinertia”. This differs from Kompromat in that it is less machine-like and driving, instead more spatial and floating, and also less dark than Kompromat. What influences or incidents led to this change of course on “Superinertia”? Can and will you tell us where the journey will go with the next album?
10 000 RUSSOS: Thank you for your kind words. Yes, it does feel more colourful, in the songs and also in the mix. Also the change in line-up had an inevitable role, André played bass and Nils plays synths, so it’s a different person, a different instrument and approach. This will of course change the way one does music, so we we went on our way to see what we could do together. There was no point in doing exactly the same thing we did before although one of the main objectives of the synths is occupying the role of the bass and the groove. But it can also cover other higher pitched areas of the spectrum and also do environments. It’s been quite exciting, actually, to be able to work like this. The journey for the next album is always ongoing and we already have a few things we’re working on.

KAE: “Superinertia” refers to the inactivity of the West. Where do you see the Western world and especially Europe in five to ten years? What changes and developments on a political and social level would you like to see in the Western world and in Europe?
10 000 RUSSOS: Peace! Current affairs have recently taken a dramatic and concerning turn. The world seems to have changed again. We can only wish for peace and solidarity and work for that wish.

KAE: Among your musical influences Suicide and the Krautrock band Neu! are mentioned. What other significant influences feed into your music?
10 000 RUSSOS: So many, I’d say. Those you stated are pretty clear but there are a lot more. We love to “drink” from a lot of different places like world music, there’s some blues in here too, some dub, industrial, electronic music from techno to experimental and, you know, rock and it’s derivates. A big salad.

KAE: How does the creative process work for you? Do you develop everything from scratch together in the studio, in the rehearsal room, at jamming sessions? Or is there a creative mastermind who creates the decisive input? Who writes the lyrics?
10 000 RUSSOS: We make the music in the practice room. But it depends, really. Most of the times we jam our way through finding new stuff. Someone starts playing a suggestion and we jam around that. Can be a beat, can be a melody, a bass, depends what sparks it and then we take it from there. The lyrics are João’s and often come when the song is being built. When we go to the studio, it depends on what the music is asking for, I guess. Some of the songs require a fixed structure and tempo and have to be synced to a click track (A House Full Of Garbage, It Grows Under, Karl Burns, Tutilitarian) otherwise they just won’t work. Those songs are dependent on machines, so to speak. The bulk of the stuff, however, is not dependent on machines and, as such, we obviously prefer to record live takes rather than one instrument at a time. The energy is totally different. Then, if need be, we record some overdubs but the skeleton of the material will have the live vibe.

KAE: The band is based in Porto/Portugal – a port city on the Atlantic Ocean, charming, sunny and colorful by day. What styles dominate the musical underground in Porto? Are there more (maybe less known) underground bands like 10 000 Russos in Porto, or are you more of an exception?
10 000 RUSSOS: Porto has a very fertile music scene. The place where we practice, an old shopping center, has over 100 shared practice spaces in there. We have no idea how many bands and projects exist just in that building but a quite a few hundreds for sure. Let alone in the rest of the city. There are a lot of good musicians and bands. I wouldn’t say there’s a specific dominant style, though. Out of the blue we can, for example, recommend checking out João Pais Filipe, O Manipulador, Daniel Catarino, Angélica Salvi, Jonathan Saldanha (HHY & Makumbas) or Sereias, for instance.

KAE: Which places would you recommend to travelers or newcomers in Porto?
10 000 RUSSOS: For live music, Máus Hábitos, Barracuda, Woodstock 69 Rock Bar, for instance. Sonoscopia, also, no doubt! Check their programme. There are a lot more things to discover. Walkabouts, are usually the best way to discover the rest.

KAE: The pandemic has been hard on the whole music world, especially economically. How did you as musicians spend and survive the time?
10 000 RUSSOS: We tried our best to stay busy, making new music and also working on other projects as well as our other bands like Sereias and Lonzdale’s Fantasy in Nils’ case or Tren Go! Sound System (Pedro) or Stereoboy (João) . Somehow we managed to play quite a few gigs, despite everything.

KAE: Which five bands (contemporary and active) would you like to recommend to our readers and listeners?
10 000 RUSSOS: Since we are three, can we make it 6 bands? Sula Bassana, Tommy Guerrero, Sherpa The Tiger, Aerofall, Solar Corona, Conferência Inferno.

KAE: Please share with us what is to be expected from 10 000 Russos in the near future?
10 000 RUSSOS: We are working on new stuff at the moment and have some gigs in Portugal and we’ll be touring in September too. 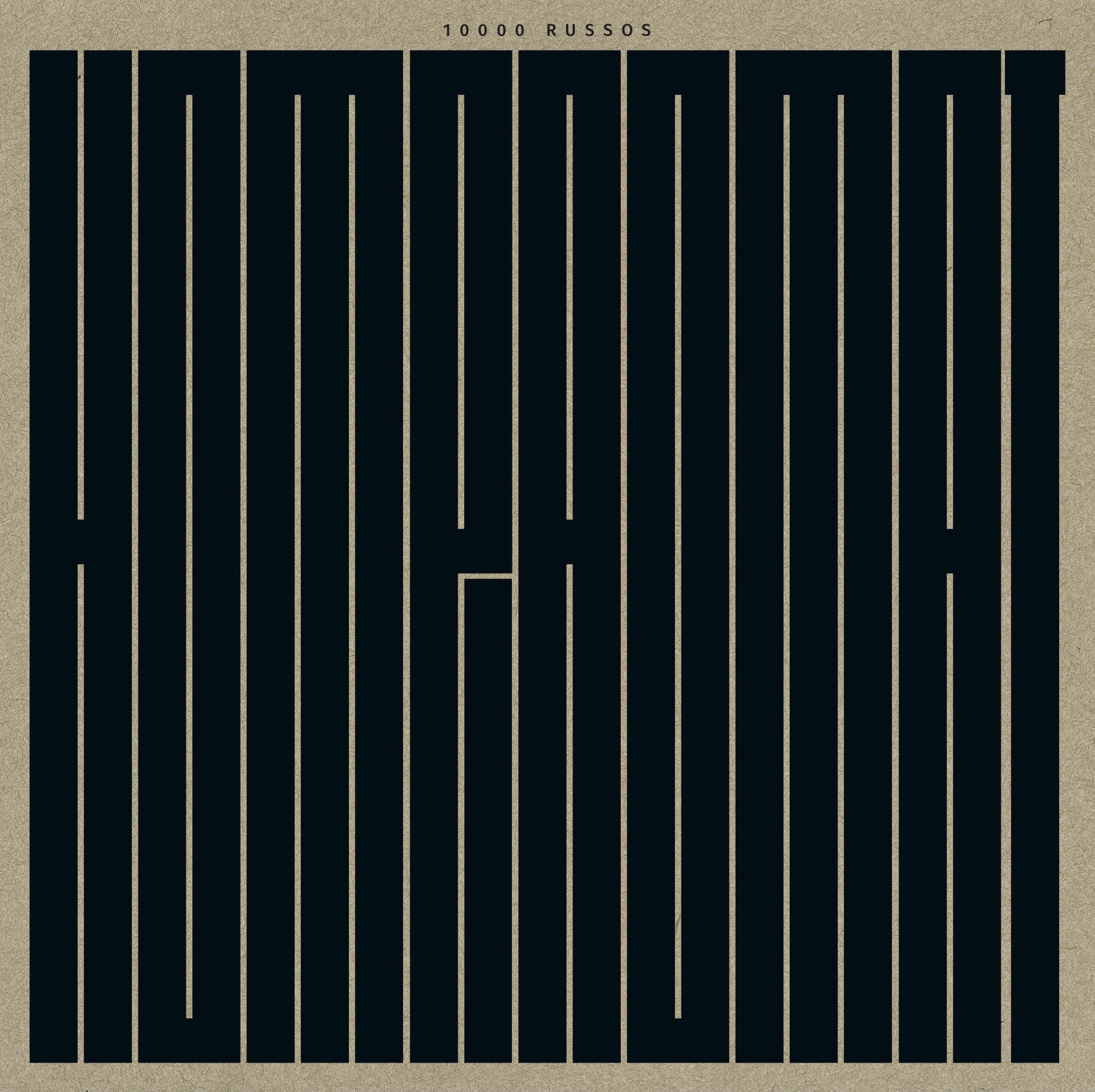